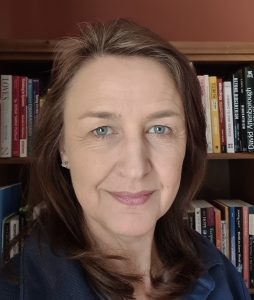 Lisa Mead is a founder of the Earth Law Alliance and has been its lead co-ordinator since 2013. Lisa qualified as a Solicitor in England in 1994, and for the next decade worked as a commercial lawyer in the City of London. Since 2006 Lisa has lived in Findhorn, Scotland, where she has worked and volunteered as a director or senior team member for a number of the Findhorn ecovillage’s enterprises and charities, including Trees for Life, the Moray Art Centre, the Phoenix Organic Shop and Café and Universal Hall Promotions.

In 2010 she released a documentary, The Turning Point: A Return to Community, a film featuring many of the Findhorn community’s low carbon enterprises, which conveyed an overarching message about the sacredness of all life and the urgent need to transform our way of life due to climate change. She has been a lead faculty member at Findhorn College, where she led an undergraduate course on issues relating to sustainability called the Human Challenge of Sustainability, and has also facilitated a course in alternative economic design on Gaia Education’s Design for Sustainability program.

She has twice co-chaired OSI’s Geneva Forum on Rights of Nature for Peace and Sustainable Development and in 2015 presented a new case for consideration at the Third International Tribunal for the Rights of Nature in Paris, France, on the issue of Depletion of Marine Life.

In 2016, Lisa joined the founding Steering Committee of the Ecological Law and Governance Association, and helped to lead ELGA’s inaugural meeting at the University of Siena in October 2017. She has also been a keynote speaker on Earth laws and Rights of Nature at Strathclyde University’s 2017 Environmental Law & Governance Festival, at the European Law Students Association’s Autumn 2017 International Council Meeting and at Wild Law UK’s annual conference in Autumn 2018.

In 2018, on behalf of the Earth Law Alliance, Lisa acted as Lead Counsel for Nature’s Rights at the Permanent Peoples’ Tribunal of Human Rights, Fracking and Climate Change. The final Advisory Opinion of the PPT judges found that nature’s rights have been systematically violated on a huge scale in many countries by all forms of Unconventional Oil and Gas Extraction (UOGE), and advised that due to its inherent destructiveness, UOGE activities should cease globally.

During 2021 Lisa participated as a judge in the civil society European Tribunal on the Rights of Aquatic Ecosystems, which heard five cases between January to May 2021 involving the human abuse of aquatic ecosystems.

Lisa’s passion for Earth Law arises from a belief that we need a radically new approach to human governance as an antidote to declining biodiversity, climate change and intensifying resource depletion.